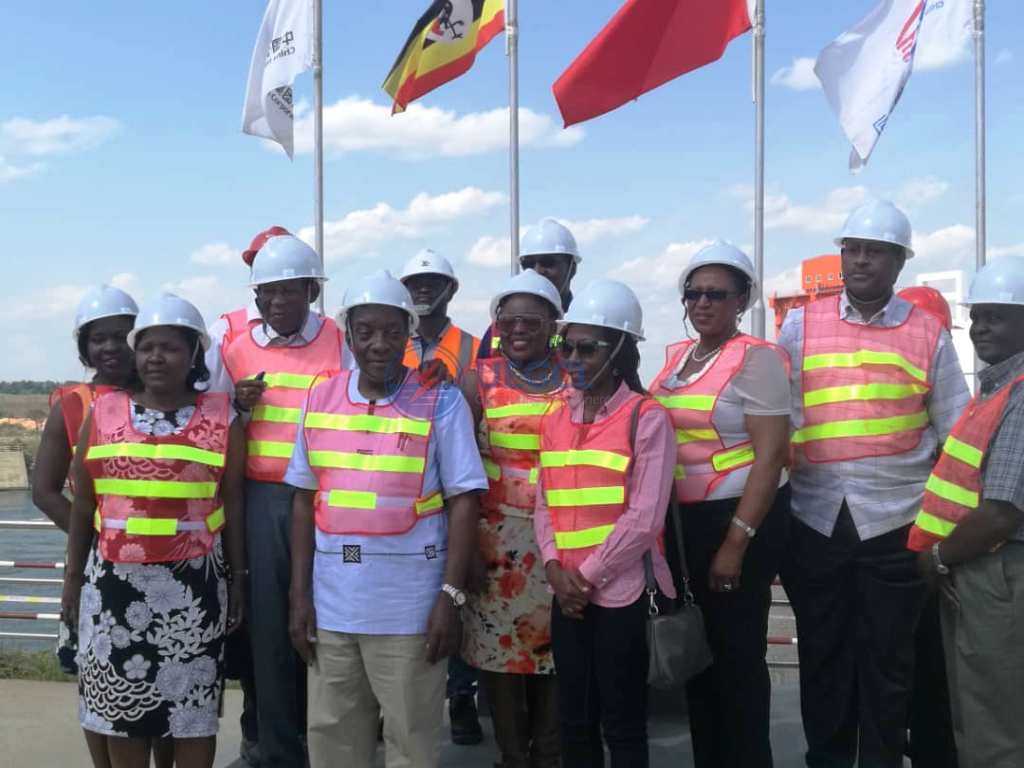 Isimba (183MW) Hydro Power project, on Monday 9 July played host to the commission of inquiry into land matters in Uganda. Led by Justice Catherine Bamugemereire, the 7 member commission visited the Isimba project site on invitation of the Project steering committee, ‘to look into the matters of exaggerated claim on the rock and delayed land compensations of the Project Affected Persons PAPs’.

Prominent among the compensation claims is the case of a 600 billion claim over land with rock, whose owner(s) allege was not sufficiently compensated for. The matter is before court. The other claims include Raft the Nile, a company demanding compensation of 125 billion and Hairy Lemony claiming 3 billion from Government of Uganda in respect to loss of business arising from the establishment of the Isimba HPP.

In light of the above, the commission sought first-hand information from the PAP’s, ministry of Energy and Mineral Development (MEMD) and Kagga & Partners-the – Resettlement Action Plan (RAP) implementer and consultant respectively.

“We need your expeditious indulgence because these exaggerated claims are bound to delay the completion of the project and cause financial loss to GoU”, Said Dr. Eng. Badru M Kiggundu- PSC Chairperson.

The commission’s concern is that land is often overpriced when it comes to government acquisitions. “Out of the 3787 claimants at Isimba dam, 56 claimants cannot be traced for compensation”, Said Justice Catherine Bamugemereire-Chairperson land commission.

The commission later appraised themselves with the project progress touring the key installation including the powerhouse, Switchyard (132kV), the right and left embankment dams, plus the stone quarry which is about 5kms

The Isimba HPP is scheduled to be completed this coming August 2018. However, issues of compensation for PAPs are among the reasons the project timelines are feared to be extended.