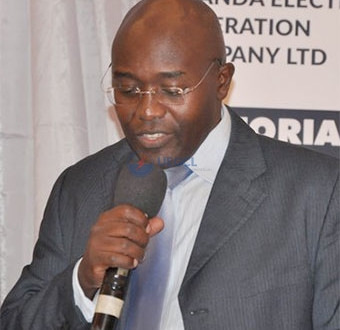 It’s interesting how brands remain relevant even after their demise. But in UEB – no need to spell it out – we have a textbook case of brands that live on for reasons stretching from notoriety to the opposite of it. When the government embarked on an economic recovery model that meant divesture of public parastatals, UEB was in the eye of the proverbial storm.

And for good reasons – at least as advanced then – divesture of UEB was to improve quality of service, connectivity, reliability, reduce electricity losses, attract private capital investment into the sector and enhance overall sector efficiency. Indeed, buttressed by a new law, the Electricity Act, 1999, UEB was split into three limited companies: generation, transmission and distribution.

To regulate their operations and introduce competition in the electricity sector, the Electricity Regulatory Authority was formed. That is briefly the birth history of Uganda Electricity Generation Company Limited (UEGCL), a public limited liability company incorporated in March 2001.
From 2003, and in line with the then government policy, the main role of UEGCL was to oversee the concession of the two available government-owned hydropower plants of Nalubaale and Kiira in Jinja by Eskom. Today, UEGCL’s mandate has grown to include establishment, acquisition, maintenance and operation of electricity generation facilities.

UEGCL is the government implementing agency for the flagship hydro power projects of Karuma (600MW) and Isimba (183MW). These two projects, now about 30% complete, are scheduled for commissioning in 2019 and 2018 respectively. Others in line of development in the short to medium term include Ayago (840MW), Muzizi (44.7 MW) and Nyagak III (5.5 MW).
UEGCL is also currently in the process of securing funding for feasibility studies to develop other small hydropower stations across the country at Okulacere (6.5MW), Latoro (4.2MW), Agbinika (2MW) and Maziba (1MW).

Building hydropower stations alone may not be the magic bullet in delivering the much-needed electricity as the country spurs for middle-income status as cognisance has to be given to the operations and maintenance. This component is pivotal to the efficient and cost-effective delivery of electricity and forms an invaluable input in the tariff build-up.
It is in this context that as a proactive move, UEGCL is readying to assume the critical function of operation and maintenance (O&M) with a vision to be ‘the leading power producer in the Great Lakes region’.

This O&M regime premises on delivering to the country affordable and competitive end-user prices (tariff), utilise and strengthen indigenous capacity (local content) as well as good corporate governance to ensure that the projects, now financed with concessional loans, are profitable, self-sustaining and attending to their loan obligations.
The UEGCL O&M model has been approved by the board and shared with the ministry of energy and mineral development, and is in line with the aspirations of the National Development Plan NDP II and Vision 2040. The model was also largely informed by benchmarking from Kenya’s KenGen and other regional and continental utilities.

The envisaged UEGCL O&M business model will focus on attaining the goal of efficiency and financial sustainability through operating on sound business principles, while also ensuring the posterity of the assets. UEGCL, working as the asset holder, will manage the various power plants as independent business units under internal performance contracts.
This will allow for operational independence, adoption of private sector tenets of management guided by clear targets, lower tariffs through efficiency gains and help build a bankable conglomerate of hydropower projects capable of further mobilizing and leveraging finance for new power plant developments. Furthermore, the model will promote internal competition and benchmarking of the various plants.

So, one will ask, what has UEGCL done so far in this regard? Well, staff recruitment is one of the ‘ticked boxes’.
O&M staff have been recruited by UEGCL, and these have already been catered for within the national budget for 2016/17 financial year. These new staff shall have the opportunity to apprentice at the construction sites of Karuma and Isimba to appreciate the development of hydropower plants while being present as the hydro-mechanical and electro-mechanical components of the plants are fitted and tested by the contractors and equipment suppliers.

This is arguably an invaluable experience. This shall be within an already formulated training and capacity building programme. So, as the dams get a life, there should be no second guessing on whether there is local capacity for operating and maintaining them. Like with other government body corporates doing a commendable job in delivering on their mandates, UEGCL is leaving no stone unturned to rise to this challenge.