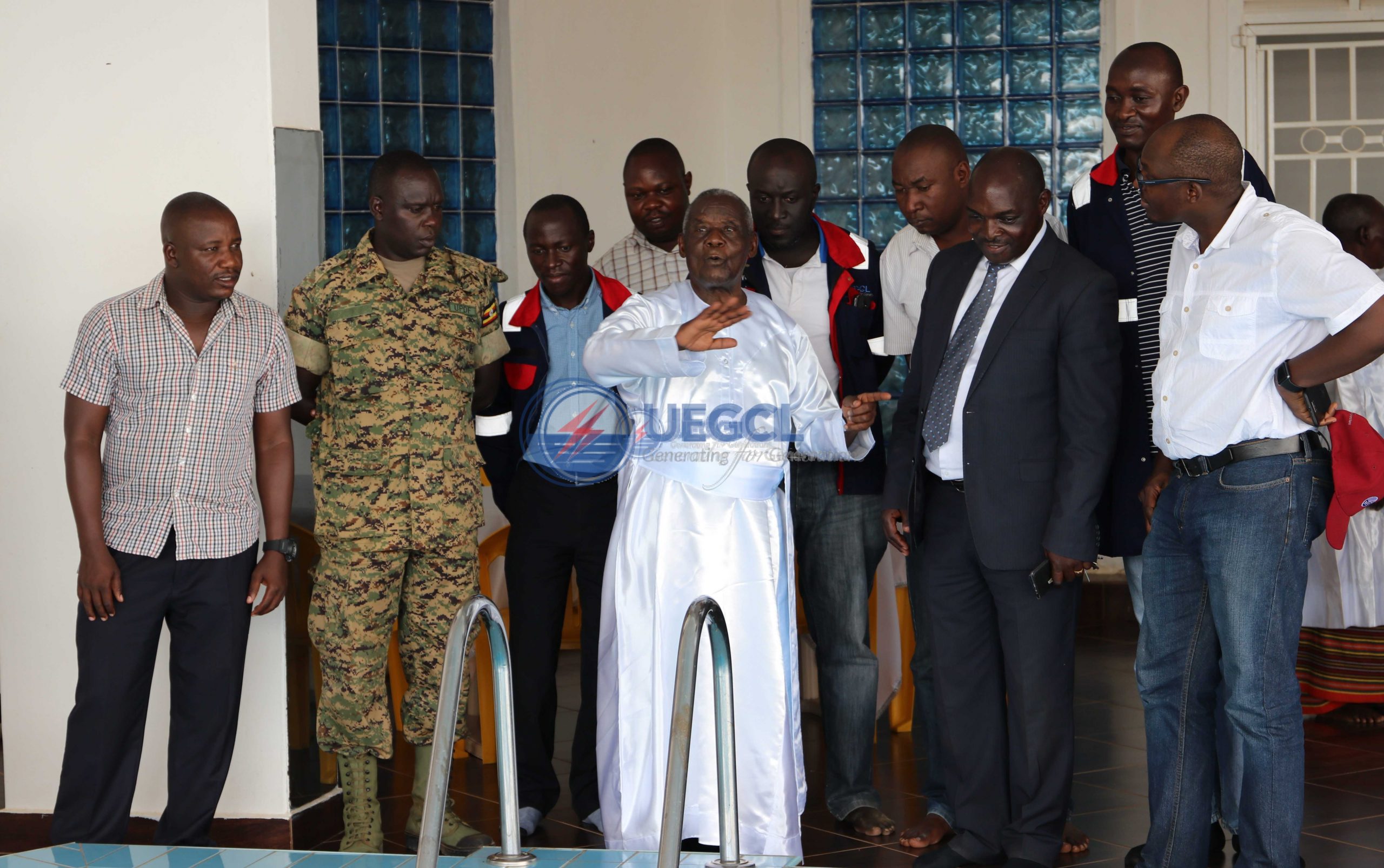 “I promise with my followers to support the GoU’s project in my area”, Said, OWRB speaking in Runyoro to the UEGCL technical team & the area MP-Buyaga West.

The OWRB commands respect in this project area with over 8000 followers in the Buyaga region alone.
On the 14 day of February 2019, the UEGCL team joined by the area Members of Parliament; Hon. Barnabas Tinkasimire Ateenyi – Buyaga West and Hon. Akugizibwe Lawrence-Mwenge North, the Kagadi RDC, LC5 chairperson plus all unit heads from the project affected district’s converged at Kagadi resource centre for a project debrief from UEGCL technical team.

The Hon. Barnabas Tinkasimire in his opening remarks reechoed a myriad of issues why he had obstructed the project progress:
• unfair assessment of the Project Affected Peron’s (PAP’s),
• unavailability of a general compilation of the PAP’s,
• Exclusion of women in land evaluation,
• Non-disclosure of the resettlement action plan
• And the existence of ghost PAP’s.

” I am happy these people of UEGCL looked for me and indeed, they availed to me all the documents I had asked- the Hon. Minister of Energy”, Said Hon. Barnabas Tinkasimire. Additionally, the MP noted that 90% of the PAP’s have been engaged and now consent with the evaluation.
In the same disposition, Hon. Akugizibwe Lawrence- MP Mwenge North amplified to district leaders the need to engage people at all grassroots levels to ensure maximum benefits are derived from this forthcoming infrastructure.
“We’re going to prioritize giving jobs to people from this area”, Said Isaac Arinaitwe, adding that even for the technical jobs, if locals have the required qualifications, they will be our priority!

The Muzizi 48 (MW HPP) among other benefits will see the construction of a new bridge at Kigoyera, several access roads, access to electricity and piped water to the project affected communities.
UEGCL remains steady on its Roadmap 1300 (2018-2023) to increase Uganda’s installed capacity by 1300 megawatts.
Generating for generations.